Serenaded by the magical Douro, Porto is Portugal’s second city only in size - it rightfully stakes it’s claim as one of Europe’s  most desirable, unique and atmospheric destinations. Steeped in history, Porto was classified as a UNESCO World Heritage Site in 1996 and proudly illustrates a history spanning as far back as the 4th century BC through its rich collection of diverse, awe-inspiring monuments.

Providing a healthy challenge, Porto’s rolling landscape and climbing streets provide the perfect opportunity to see this quintessential urban paradise from a variety of perspectives – best served with a dash of Port, your Emerald Cruises Experts have mapped out the perfect itinerary to uncover this truly spectacular destination. 10am: With a population of 250,000 Porto is a small city you can easily walk around. Of course, as the pictures suggest, it's also very hilly, meaning a lot of exertion - but it's worth it for those incredible views. Head uphill towards the Porto Cathedral, a staggering Romanesque monument built in 1737. A little higher is the iconic Clerigos Church which offers an incredible vantage point over the city. Its 75m high bell tower is one of the city's most recognisable points and can be seen from all around.

12pm: Mercado do Bolhao, the 19th century, wrought-iron encased market, sells a fantastic selection of fresh produce, such as cheeses, olives and smokes meats. Open 7am - 5pm Monday-Friday and until 1pm on Saturday, it's a must during any visit to porto.

2:30pm: Wander past the University of Porto and the 17th century Church of the Carmelites before arriving in the pretty Crystal Palace gardens. Opened in 1860, it offers stunning panoramic views of the city and is a great place to relax, particularly on a warm day. Just south of here is The Museum of Port, which explores Porto and the Douro Valley's winemaking history. 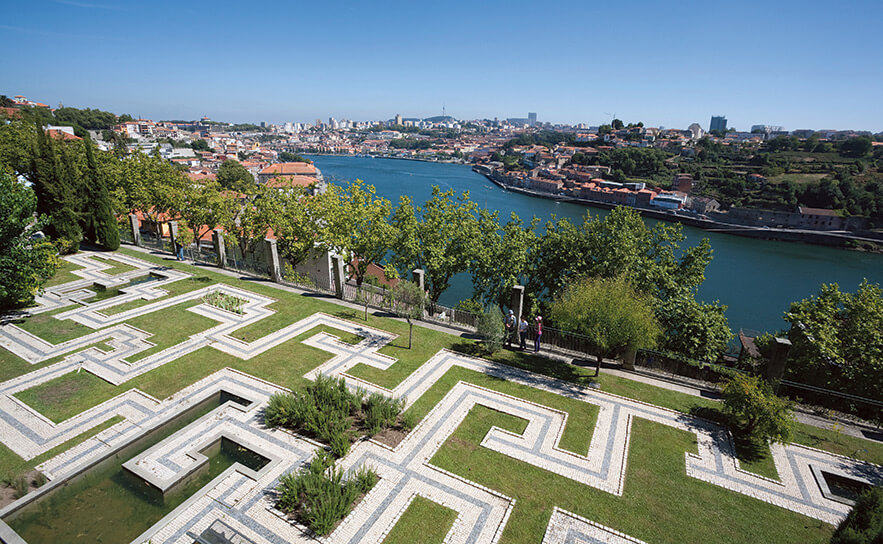 5:30pm A stroll along the river will give you chance to take in, and head over, the spectacular Dom Luis I Bridge, which connects the cities of Porto and Vila Nova de Gaia. It was the longest bridge in the world when it opened in 1886 and Porto, with its steep banks, is an incredible sight from the other side of the river. It's even better from the Gaia Cable Car, which costs €5 per person. It's only a short journey but gives you the chance to see the terracotta-roofed port lodges from the air.

8pm: Back on the Porto side, the Belle Epoque-era Majestic Cafe boasts a quite incredible art nouveau interior. It's open until 11:30pm and serves Portuguese and international fare. It's one of the city's most famous eateries and is hugely popular: booking is a must.